”I want the food at my restaurants to be as tasty as a home-made meal.”

As a guest at Långbro Värdshus you’ll get the opportunity to be a part of the creative cooking of Fredrik Eriksson, chef and restaurateur, whose passion for Swedish ingredients is what makes a visit here so memorable. Fredrik’s speciality is to cook delicious meals inspired by Swedish culinary traditions. Contemporary dishes with lots of greens and elements from both the French and the Italian cuisine take shape under Fredrik’s careful guidance. Sustainability is another topic close to Fredrik’s heart, and he is continuously improving the restaurants way of working, and thus the entire guest experience.

If you want to know more about Fredrik and his cooking you can see more of him on TV4 Nyhetsmorgon, where he regularly shares his knowledge and experience as a tv chef and food creator.

Restaurateur Fredrik Eriksson runs two restaurants – Långbro värdshus and Restaurang Nationalmuseum. As one of Sweden’s gastronomic leaders he is a driving force regarding several important culinary issues, and is engaging in some of the country’s most important meals. 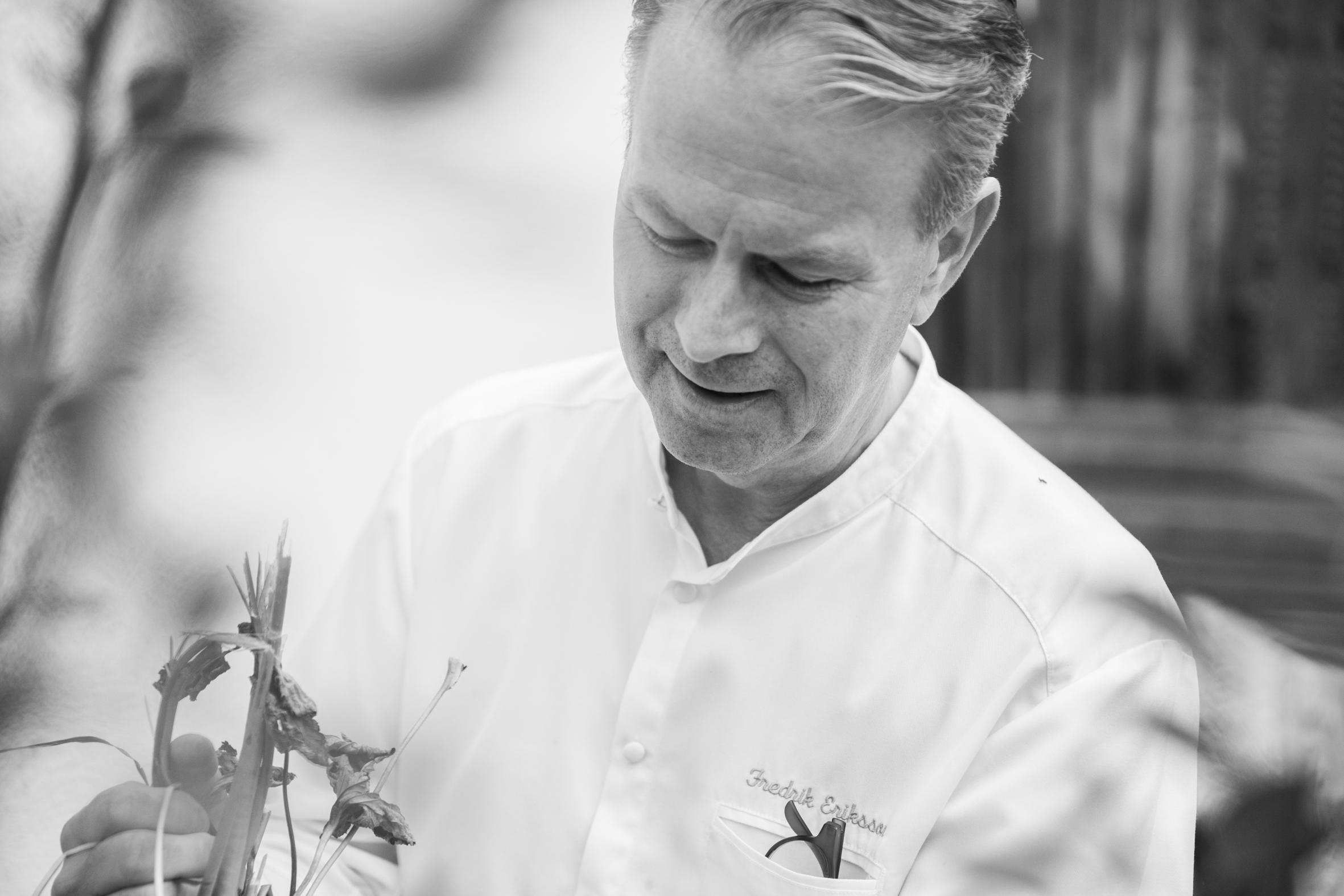 Fredrik is a gastronomic advisor to the Nobel Foundation’s Nobel dinner in the city hall of Stockholm. When prince Carl-Philip and princess Sofia got married at the royal castle in 2015, Fredrik was in charge of the wedding dinner. Together with a selection of top chefs Fredrik created a menu based on delicious Swedish ingredients, such as spring vegetables, roe from Älvdalen, langoustine and zander.

Through his engagement in Gastronomi Sverige, who is  responsible for Sweden’s participation in the culinary world championships, Bocuse d’Or, Fredrik wants to encourage new culinary talents. He has himself participated in Bocuse d’Or, and at only 23 years of age he won the Swedish culinary championships – Årets Kock.

Throughout the years Fredrik has inspired his followers with loads of new recipes in his cookbooks, most recently in his book The Nobel Prize Ceremony – new recipes and classical menus, named the world’s best cookbook by Gourmand Awards 2017, and where Fredrik is co-writer.

We use third-party cookies to give you the best experience on our website. Your selection is saved for one month. Ok?JaNej